While most companies know that LinkedIn could be useful if they took the time to use it, very few companies have taken the plunge. We’ve found four excellent LinkedIn case studies that demonstrate what’s possible when you get heavily into LinkedIn marketing.

Back in 2010, software firm Goshido were looking for funding to help with the development of a new product. Instead of using the usual routes to search for funding, their Chief Executive, Frank Hannigan, decided to use his extensive LinkedIn contacts list and secondary contacts to source a €25,000 investment.

He chose to target specific connections personally, as well as asking them to pass on his request to any of their contacts that they thought might be potential investors.

Overall, 700 investors were contacted during the first week and the results were spectacular. Within just eight days Goshido had raised €162,500, with 30% of investment funds coming from LinkedIn users alone.

Early in 2012 Citigroup that their brand was not as strong among female professionals as male ones. To combat this they created a group ‘Connect: Professional Woman’s Network’ with the aim of creating a networking site where female professionals could meet and discuss issues relating to their working lives. This, they reasoned, might enhance the perception of CitiGroup’s brand among women.

Within a few months of the group being created it broke the 30,000 members mark. It currently has 142,000 members and, with over 1,000 comments being made each week, is one of the most active groups of it’s kind on the network.

In terms of brand positioning it’s a great success. It’s also a valuable resource which, if used carefully, could be a source of feedback, insight and, potentially, new staff for Citigroup for years to come.

Having created a new flight route from Hong Kong to Chicago, Cathay Pacific Airways were looking for an effective advertising strategy.

Turning to LinkedIn, they created a targeted advertising campaign, using Sponsored Polls, Display Ads and Recommendation Ads, with a focus on members of relevant groups – such as China Networking Group (which has 38k members). They also developed their LinkedIn Company page and used status updates to generate engagement around the brand.

The campaign received an impressive 1,300 poll responses and generated around 100 recommendations, many of which supplied their contact details so that Cathay Pacific was able to follow up with them directly.

Philips were concerned that they weren’t being seen by professionals as a leader in innovation in the healthcare industry. They wanted to increase the credibility of their products among top professionals and set about this by investing in a series of LinkedIn Groups and sub-groups.

By hosting and curating high quality debates, as well as using polls and other engagement features, Philips managed to attract 73,000 followers to their Group, which has gained 4,400 discussions since its creation. Four popular subgroups have since been created for detailed discussions of niche issues in healthcare.

It’s an indication of how serious Philips take their LinkedIn strategy that they have given moderation responsibilities to their MD and Chief Medical Officer, among a wider team of staff.

By actively managing and promoting their LinkedIn Company page (something surprisingly few brands have invested in), Philips has also attracted over 250,000 company subscribers. With status updates posted every few days, this generates a constant flow of engagement and new subscribers. 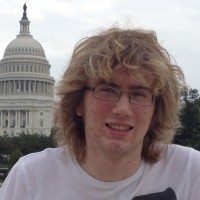