If you want to communicate to a global audience, and more specifically a non-native English audience, then you need to know your target markets before deciding which social...

If you want to communicate to a global audience, and more specifically a non-native English audience, then you need to know your target markets before deciding which social networks you should be using.

Most organisations in the English speaking world have a presence on Facebook and Twitter, but what if your target audience is in China, where both of these networks are banned? Your focus should probably be on Sina Weibo (China’s equivalent to Twitter which is used by 66.6m people every day) or Qzone which has 150m active monthly users. There are also a number of popular messaging apps including QQ International, which has a staggering 829m monthly active users, and WeChat.

Russia also avoids Facebook, favouring VK (VKontakte) and Odnoklassniki as its social networks of choice. At the beginning of 2015 VK boasted over 70m daily users, primarily from Russia, Ukraine, Belarus and Kazakhstan. Odnoklassniki isn’t far behind with 45m daily visitors. If your target market is Eastern Europe then you should definitely consider utilising these channels with a well-managed business page and advertising.

A bit closer to home, there are a couple of others to be aware of. In Germany, Austria and Switzerland, XING is a very popular alternative to LinkedIn and Viadeo is a popular professional social network in France. Facebook also has competition in Spain, where .Tuenti is widely used.

However, it’s safe to say Facebook remains the dominant force in almost all parts of the globe and its dominance is continuing to grow. The image below comes from Vincenzo Cosenza and shows how this dominance has spread from 2009 until 2014, where it was the most popular social network in 128 out of the 137 countries analysed.

If you’re planning on communicating with global communities, there’s a lot to consider.

What works in one country may not work in another and your approach should always be tailored accordingly. It’s not easy, but get it right and you can reach and engage a whole new audience that may not otherwise have discovered your brand. 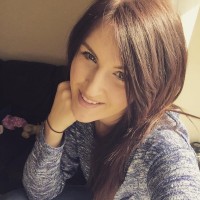 Helen is an Account Manager at Our Social Times with a background in international digital marketing. Currently studying towards the CIM Certificate in Professional Marketing, she is passionate about social customer service and the importance of a good meme.