What Does Universal Analytics mean for Social Media?

This is a post by Andrew Bruce Smith, Director at Escherman.  Andrew will be the trainer at our workshop, Measuring Social Media with Google Analytics, on Tuesday 18th...

This is a post by Andrew Bruce Smith, Director at Escherman.  Andrew will be the trainer at our workshop, Measuring Social Media with Google Analytics, on Tuesday 18th June in London. Find out more and register here.

Google’s announcement regarding Universal Analytics (UA) back in October 2012 probably didn’t register much beyond the hard core of Google Analytics users.

However, with the roll out of the availability of UA as a public beta to all new Google Analytics (GA) users since March 2013, there is no doubt that Universal Analytics will remain a big topic over the rest of the year.

So what exactly is Universal Analytics? And why should anyone be bothered about it? More specifically, what are the implications for social media?

Universal Analytics moves away GA away from being a visit oriented tool to a visitor based tool – a subtle, but crucially important difference. One of the key benefits with the introduction of Universal Analytics will be the ability to track the behaviour of visitors across platforms and devices, and to be able track activity on any web-enabled device (it also means that Universal Analytics can track offline conversions too).

The driver for this change is quite simply the complex, multi-device, multi-context world we live in.Google published some fascinating research results towards the end of last yearwhich revealed much about the modern day consumer. For example, according to Google, 90pc of all media interaction today is done via a screen – TV, PC, laptop, tablet, smartphone. Not only that but most common Internet activity now involves multiple devices at different times of the day in different contexts.

For example, 80pc of smart phone users will apparently consult their device within 15 minutes of waking up. Our online time is spread between 4 primary devices. The smart phone is increasingly where Internet activity of any kind begins. According to Google, 90pc of all consumers use different screens sequentially to achieve certain tasks. And 66pc of all social networking activity starts on a smart phone (according to Twitter, 80pc of all UK users access the platform via mobile).

Here is a typical example. Someone accesses Facebook on their smart phone in the morning, then uses Twitter at work on a desktop PC, before returning home at night to watch TV as well as Tweet from a tablet – so called dual screening.

The challenge for GA in its current incarnation is that if any of the above activity drove visits to your site, they would all be treated as different visitors. GA wouldn’t know that it was the same person visiting the site from say Facebook on a smartphone, and Twitter via both a desktop PC and a tablet.

One of the many promises of Universal Analytics will be the ability to piece this data together to form a complete picture of visitors based upon the reality of their multi-device, multi-context environment. This deeper level of insight into how people use social media and how that drives value is going be a very powerful tool for anyone who needs to measure and understand the benefits they are getting from social media.

There are many other goodies that will come with the introduction of Universal Analytics not least of which will be the reduced requirement for custom Javascript coding to gain additional reporting benefits – more of these custom amends can be made by non-technical users through the GA admin console.

But ultimately it is the move from being a visit led to a visitor based tool that holds out the most exciting opportunities for GA users to better understand their social audiences in a complex, multi-device, multi interaction world.

To learn more about Universal Analytics and what it means for social media join Andrew at our Measuring Social Media with Google Analytics half-day workshop, on the 18th June in London. Full details, programme and ticket booking here. 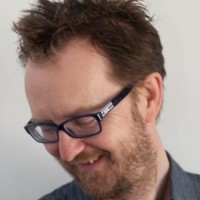 Andrew is Director at escherman. With a career spanning 23 years, Andrew has implemented successful PR and marketing communications programmes for brands such as IBM, MySQL, Siebel and Hyperion Software. His is an approved CIPR Trainer in social media, analytics and SEO.