Why Social Customer Service Needs a Dose of Reality (Part 1)

This is a post from Martin Hill-Wilson of Brainfood Consulting. Martin is the trainer for our unique 1-day training course on ‘Social Customer Service.’ Given my job, I...

This is a post from Martin Hill-Wilson of Brainfood Consulting. Martin is the trainer for our unique 1-day training course on ‘Social Customer Service.’

Given my job, I spend a good few hours each week tracking down and reading as much commentary on social customer service as I can. Do I capture all of it?

Not a chance. But enough to get a sense of the themes that are absorbed, explored then abandoned over time as the debate we are all involved in moves along.

One of the current themes is responsiveness. Or let me be more precise, the lack of it. For the last twelve months, social media monitoring brands, consultancies and enterprising individuals have been benchmarking how organisations respond to service enquiries over Twitter and Facebook.

The results made great headlines. Of course it depends which ones you read. But at best we are still in the land of extremes with a heavy weighting towards ‘we missed the mark’.

But before I get further into this topic, I need to ring fence peer to peer community based support (where customers help each other). The standards of service that a customer is likely to receive in that context are in quite another league, so, in my book, are exempt from the majority of observations I’m about to make.

By the way, I don’t know if you have noticed how many people seem to assume social customer service is nothing more than Twitter and Facebook. Anyway, those are the channels on the menu in this post.

How Good Is The Best?
At the top of the pile, some organisations appear to be doing it pretty well. Socialbakers reckons Next (the UK clothing retailer) answers 93% of their Facebook customers against an industry average of 55%. While Vodafone manages to respond 77% of the time and thus comes out top on Twitter against a global benchmark of just 32%.

Is this good enough? Gut answer is no. But we simply don’t know. Most traditional voice and text channels have post interaction feedback triggers. I’m not aware of anyone trying to collect feedback on their customers’ Twitter and Facebook service experiences as yet. But please spill the beans if you know better.

So in the absence of any direct source of customer insight, let me quote you some performance stats on voice-based customer service, which remains a foundation for most customer expectation.

According to the annual benchmarking data conducted amongst members of the Top 50 UK Companies in Customer Service, the average wait time to get through to a call centre is around two and a half minutes. This is actually far shorter that public perception and quite probably conflicts with a few of your own personal experiences.

It also does not include waiting to talk to HMRC (the UK taxman) who manages to cause such queuing distress for so many of us that they are now being treated to their own improvement plan in the form of a special Parliamentary Committee!

But even if we add in HMRC and then retest the waters at busy times such as Monday mornings, I very much doubt that the average wait time to talk to someone in the call centre is equal to or worse than the 357 minutes that Social Bakers lays out as industry benchmark for Twitter. And if you were hoping Facebook would up the average then think again. That benchmark is currently 819 minutes waiting for a response.

So just on the numbers which channel would you prefer to be using?
You might argue this is an unfair comparison. Voice is real time. Twitter and Facebook are not intended to be as responsive.

OK so just how long is an acceptable time?

I would agree that it does depend on context. The travel business is an industry where timing really does matter. So they need to be sharp. Unfortunately, responsiveness from airlines during Hurricane Sandy showed a mixed bag.

On the other hand you might argue it like this. Some people just prefer to interact via social channels. That’s true. So maybe it is the right of each generation to choose their own form of suffering. Some prefer letter, others phone. Who is to deny the social network generation their right to queue?

But beyond the black humour, is there any substance as to why I am making such a fuss?

I reckon so when we compare these real world performance levels to the way in which we often ‘big’ up social channels in our collective online discussions. Consider some of the other favourite themes currently in play.

Here is one I’m sure you are familiar with: “Customer Service Is The New Marketing”.

It has appeared in numerous posts. It makes a great headline, but I doubt whether Marketers would be quite so happy to know that there is little evidence of brand equity being improved and quite a lot of evidence that implies damage. If we want Customer Service to drive positive sentiment towards the brand we need to up our game many times over.

Here is another upbeat theme that will probably cause grief later down the line as reality smacks into aspiration.

A webinar is taking place end of this month for SMW in New York that propositions we should be re-imagining the contact centre as a ‘Social Engagement Hub’. Nice theory. But about as real as imagining that the current generation of contact centres are seen as a strategic asset in most businesses. Ought to be, but ain’t.

But Surely Social Is All About ‘Quality Of Response’?

So far I’ve talked about the issue of responsiveness. But maybe, it’s not just about the speed for some people. Instead it is more about the culture and quality of interaction that social channels embrace versus that of call centres.

Well I’m with you on that point – and I’ll explore it in some depth, along with two others: Authenticity and Continuous Improvement in Part Two of this post  – read part two here.

Martin Hill-Wilson is running a unique 1-day training course on ‘Social Customer Service’ in London on (12th March 2013). Places are limited and tickets are available here. 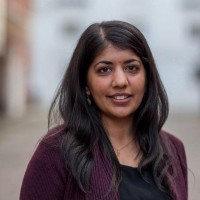