It was a great year for social media in 2014, but what are the biggest trends to expect in 2015? We’ve collated the leading contenders.

It was a great year for social media in 2014, but what are the biggest trends to expect in 2015? We’ve collated the leading contenders.

1. Video is bigger than ever

We will see video dominate social media channels in 2015 as it becomes the medium of choice.

Historically, a post from a Facebook page with thousands of likes would typically reach about 16% of fans.However in 2014, it declined to around 6% as a report from Ogilvy states, forcing brands and companies to embrace its paid social advertising.

2015 will see the rise of smaller, niche social media trends with a focus on hobbies, passions and privacy/anonymity.

The first tentative steps towards Scommerce happened last year; the concept was probably obvious looking back. There have been various efforts to integrate commerce across social media channels, from Twitter to Pinterest. 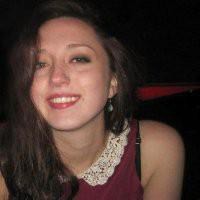 A B2B Account Manager with a background in copywriting, Daniella manages social media content and strategy for businesses of all types and sizes. A movie nerd and bookworm at heart; she loves creative projects and when she's not blogging, she's travelling and instagramming her adventures.